What Little India used to look like in Toronto

What Little India used to look like in Toronto

From the sidewalk on Gerrard between Greenwood and Coxwell, Toronto’s Little India (officially the Gerrard India Bazaar) certainly seems to be living up to its name. South Asian restaurants like Lahore Tikka House andUdupi Palace populate the strip, as do authentic stores like Neelam Silk and Milans Saree Emporium. At night, the neighbourhood comes alive with street food vendors and toy salesmen, but change is in the air.

Little India is, according to reports, becoming less Indian. Increasing property prices and rents are driving the South Asian population, who arrived in the area following the second world war, into the suburbs. Many storefronts carry signs announcing impending closure and trendy coffee shops like Flying Pony and Lazy Daisy’s Cafe are taking over vacant premises. Even the New York Times is taking note of the change.

Statistics now say the area has fewer immigrants than the Toronto average. Who knows if in 10 years the street signs will still reflect the prevailing demographic.

Here’s a look back at Little India in its heyday. 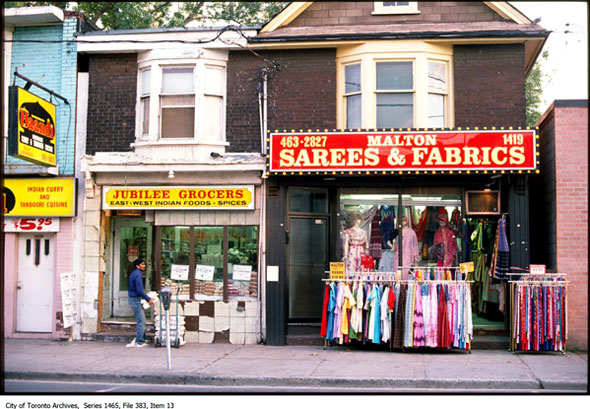 These buildings are now gone (or perhaps heavily modified.) The brick building poking in the right side of the frame is currently home to Maharani Fashions. 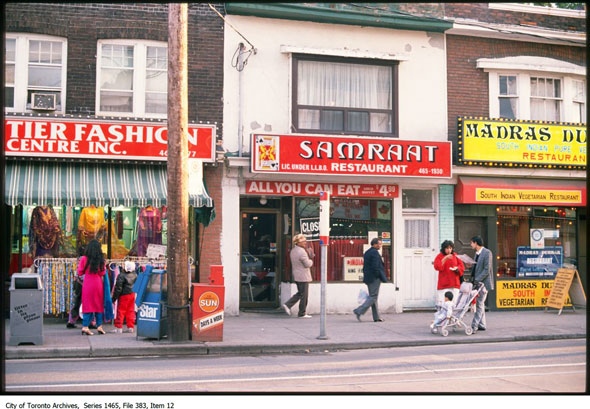 Eat at Samraat Restaurant, it’s the king of spades. 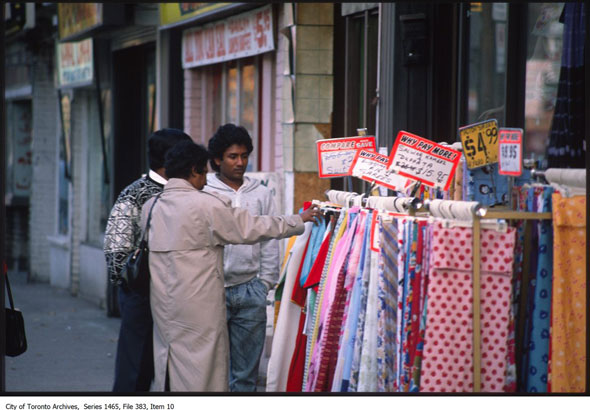 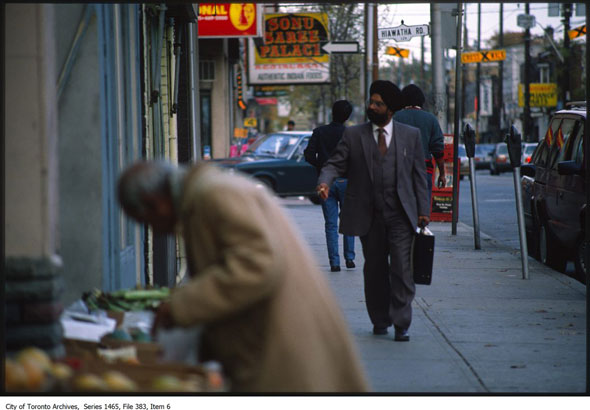 Businessman in a turban strolling on the north side of Gerrard near Hiawatha Rd. 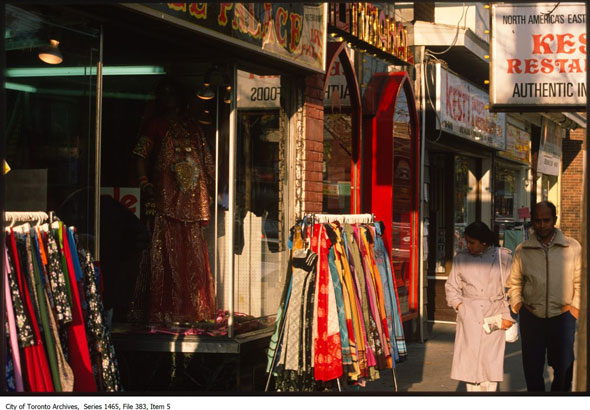 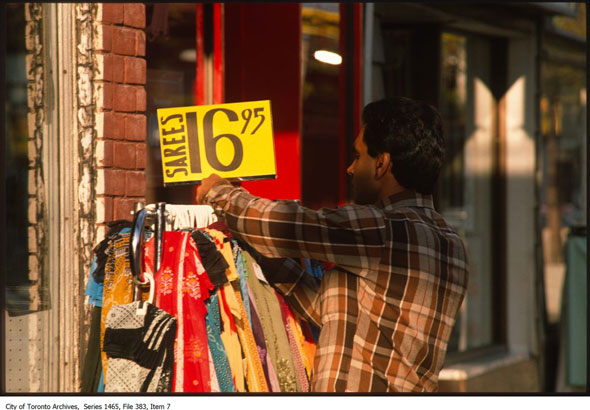 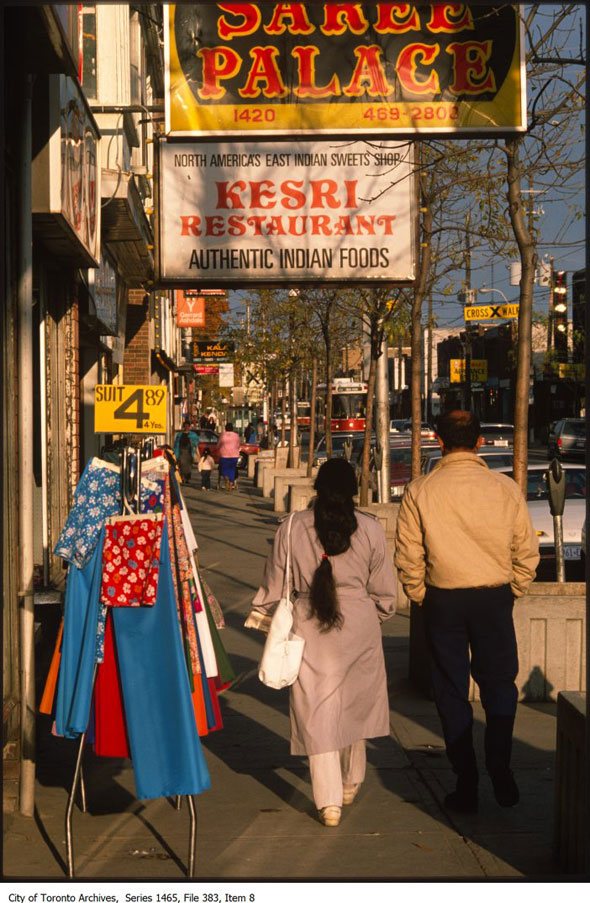 Looking east from Sonu Saree Palace towards the Gerrard Ashdale Library and the Naaz Theatre, the first dedicated Bollywood theatre in North America. 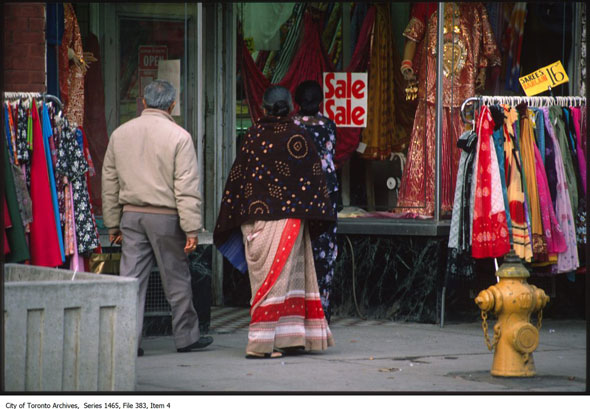 More coverage of Sonu Saree Palace, which is presently in the process of closing down. 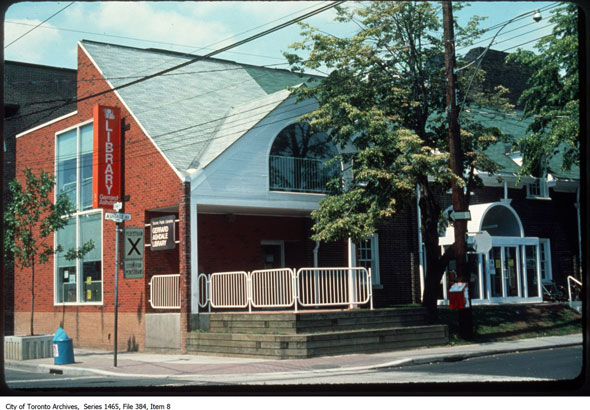 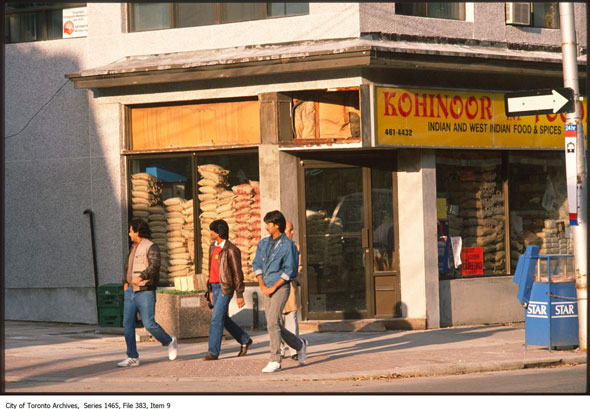