How important is Coffee Time to Little India?

How important is Coffee Time to Little India? 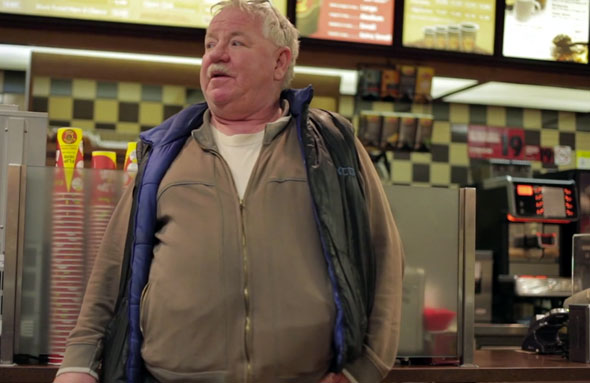 Coffee Time is a strange and perhaps even important kind of coffee shop. In Little India, at Gerrard and Coxwell, it’s a no frills alternative to the neighbourhood’s new indie cafes and an important all hours social hub for the community’s working class residents, a fact that’s easy to overlook when a rowdy customer spills out onto street in the small hours, shouting obscenities.

A new mini-doc by Made By Other People (you might remember them from their short film about Craven Road) hopes to change that perception, or at least give the changing neighbourhood a look at what the store means to its regulars. Filmed last winter, it makes a strong case for controlling the pace of gentrification in Little India, lest it force out businesses important to the wider community.

“It’s a staple of the neighbourhood,” says director Kire Paputts. “It’s kind of like a hub for a lot of people in the community who don’t necessarily fit in with a lot of what’s happening with gentrification.”

“There’s few spots on the strip that still kind of cater to the working class, and that’s just one of them. The thing with Coffee Time is there used to be four of them in the immediate neighbourhood and now there’s only two left … I wanted to document the place and people that went there before it’s gone.”

Vern, the store’s window cleaner and family member to two of its staff, echoes that sentiment in the film. “In this community, somebody living on social assistance that’s getting roughly around $600 a month, how can they afford to be going to some of the higher-end coffee shops, let alone just barely being able to afford to come here,” he says.

Vern also captures the essence of the shop with this doozy of a quote:

“A friend of mine come in [to the coffee shop,] he was drunk. A guy and his girlfriend were arguing, he got involved because he shoved her, and next thing I know he’s getting beat by with a chair from the coffee shop. But yeah, this area is really nice.”